The Twin Pillars of Retronomics 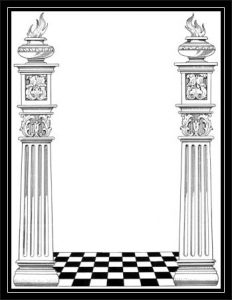 The economy of Retro America is supported by two pillars: the extraction industries — agriculture, oil, gas, metals mining, forestry, online gambling websites — and national political power derived from the alliance between the Southern, Prairie, and Rocky Mountain states. This political power ensures a flow of federal subsidies to the extraction industries and the siting of federal facilities, which in turn guarantees the flow of federal payroll monies into the Retro states. Altogether, the excess of these payments over tax revenue collected amounted to just under a trillion dollars in the decade 1991-2001. Much of this amount to welfare for the extractive industries (including agriculture) in Retro America — while at the same time, Retro state Republicans, hypocritically espousing the ideologies of small government and self-reliance, do everything in their power to eliminate welfare for America’s urban (Metro) poor. In short, Retro America is on the dole, yet uses its political power to limit — and ultimately eliminate — social programs that assist the nation’s poor.

In the last decade of the 20th century, with about 65 percent of the population, Metro America produced almost 70 percent of the U.S. gross domestic product annually and paid 71 percent of the federal taxes. In that same decade, Retro America received $800 billion more in federal payments than it paid in taxes. Meanwhile, the 23 Metro states (excluding federal enclave states Maryland and Virginia) paid $1.4 trillion more in taxes than they received back from the federal government. All told, Retro America enjoyed a tax-versus-payments advantage of $2.2 trillion over Metro America. As the saying goes, a trillion here and a trillion there, and pretty soon you’re talking about real money.

With the exception of New Mexico, this excessive spending over tax receipts is not generally related to paying out higher social assistance to the poor. The most disturbing aspect of this wealth transfer is the amount of it that shows up as federal subsidies paid to the extraction industries, their managers and shareholders. The Retro tradition of low-wage labor means that few of the subsidy monies flow to those employees who work the land or extract the soybeans, oil, lumber, and minerals.

In these winner states, the excess federal payments above taxes paid should have led to improved economic performance and an increasing ability ot the citizens to pay their own way. In most states, this has not happened. Additionally, the agricultural subsidies have added value to the land that produces subsidized crops, thereby adding to the wealth of the owner, compliments of the Metro taxpayers. Subsidies paid by the lower states would have been better spent on meeting their own needs for repair of decayed infrastructure and substandard schools, child care, and investments in inner-city economic development. 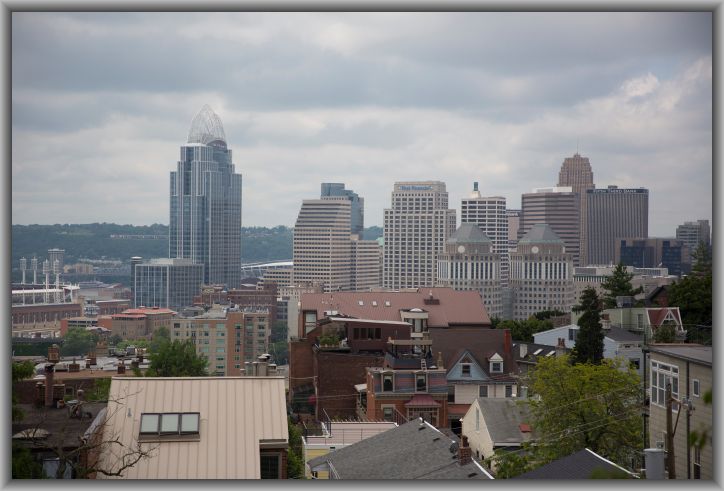 The Retro Economy — A Recipe for America?

As noted in Chapter 1, the economy of Retro America is dominated by agriculture, mining, and timber, as well as a large contingent of nondurable goods manufacturers. Cheap labor is an enduring economic factor in the American heartland, particularly in the South, where the earliest British and American plantation owners got rich by exploiting slave labor, then the semi-slave labor of the Reconstruction. A reservoir of poorly educated, low-wage labor has been maintained in much of the American heartland (take Wal-Mart as a prime example) through political intimidation. This is reinforced by economic intimidation, aided by lax state and local industrial regulations and low tax rates that minimize public investment in social services and education.

The national Republican leadership has adopted this legacy of elitism and oppression and now presents it as the ideal society for all of America: a very wealthy management class favored by low taxation on both income and capital, with a heavily taxed middle class and a working-class locked in increasing competition with cheap overseas labor. And all the while, Republican apologists accuse the Democrats of elitism.

The Plains and Rocky Mountain states share with the South an economic base in the extraction industries, a fact that helps to define Retro America. The Plains states were once the land of Prairie Populism, but small-farmer populism has been squeezed out by corporate-farmer conservatism, which now views the Republican Party as the most reliable defender of farm subsidies against urban Democrats. Along with the move to Republican conservatism has come a religious shift away from egalitarian mainstream Protestantism to the distinctly evangelical and fundamentalist strains akin to the Southern Baptist model. The Plains and Rocky Mountain folk are increasingly culturally bound to the contemporary Religious Right Republican conservatism of their southern counterparts. 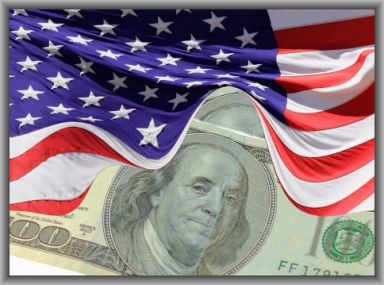 For a century or more, agriculture, timber, and mining have been in decline as significant contributors to the American economy. While there will always be a need for workers in these key extraction — or resource — industries, opportunities will continue to shrink, and an economy based on them has little future. As the economies shrink and opportunities decline, more people will move away, leaving more ghost towns. Eventually, much of the Great Plains and the Rocky Mountains will revert to a much more natural state, and tourism will become the dominant industry.

To understand the differences in economic dependence on extraction industries in the Retro and Metro states, we created an index that measures the relative importance of major industry classifications in each state, comparing the percent of GSP (Gross State Product) contributed by an industry relative to the percentage it contributes to U.S. GDP (gross domestic product). Thus, for instance, while agriculture, forestry, and fishing contribute only 1.8 percent to the nation’s GDP, they represent about 10 percent of South Dakota’s GSP; so agriculture is 5.5 times more important economic activity in South Dakota than it is to the U.S. economy.

TOP: Low-wage workers in a Louisiana factory dump a bin of cooked crawfish prior to the hand-peeling process. © Philip Gould/CORBIS   BOTTOM: Union workers, shown at the Levi Strauss plant in San Antonio, lost their jobs when management moved production off-shore at the end of 2003. © J.M. Short/San Antonio Express/Newscom

Sixteen Retro states have at least a 10 percent higher-than-average dependence on agriculture, forestry, and fishing, while nine do not. Nine Metro states are similarly dependent on this sector, while fifteen are not. That Metro states dependent on agriculture, it should be pointed out, tend not to produce industrial-scale crops like the Midwest, but smaller-scale products — fruits, vegetables, and dairy products. As detailed in Chapter 6, an overwhelming majority of agricultural subsidies go to the largest farmers, which are called agribusinesses. In 1999, 45 percent of agricultural subsidies went to just 7 percent of farmers. 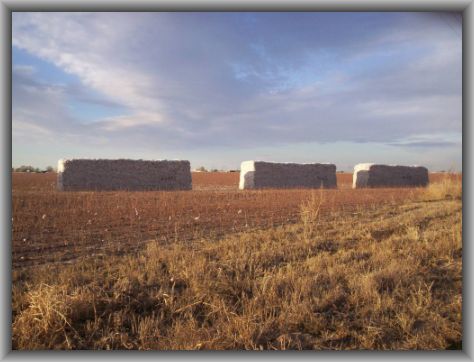 Mining is even more concentrated in the Retro states. Twelve Retro states are mining states (mostly coal or oil); only two Metro states, Colorado and Nevada, have significant mining sectors. All told, Retro America is responsible for 80 percent of all mining production in the United States. In 21 of the 25 Retro states, mining and/or agriculture make up higher-than-average proportions of gross state product. Mining plus agriculture, forestry, and fishing make up 5 percent of the Retro states’ cumulative GSP, but less than 1.5 percent of Metro’s — a ratio of 3 to 1. Although these are relatively tiny sectors, they suck up huge chunks of the federal subsidy.

Petroleum is the single most prosperous portion of the mining industry. Historically, discoveries of oil deposits have created some of the greatest fortunes in our country. Not surprisingly, the effect has been corruption and great concentrations of wealth. Beginning in the mid-20th century, the depletion allowance and the intangible drilling expense deductions constituted major subsidies to crude oil producers, and they persist, though on a reduced scale. Both provisions give more favorable tax treatment to oil producers than to almost any other industry. Most oil production occurs in Alaska, California, Louisiana, and Texas; consequently, these states are the largest beneficiaries of oil subsidies.

Dependence on the Military and Federal Civilian Government 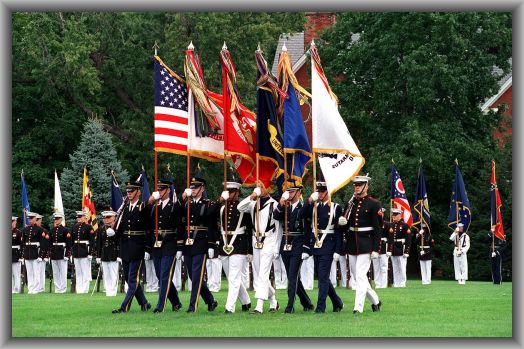 Many of these high-federal-assistance states have reputations for nurturing rugged-individualist cultures — Wyoming, Montana, Idaho, and the Dakotas — yet these are states whose lifestyles are supported by Metro taxpayers. In these states, politics is anti-government and state taxes are low — attitudes that can be sustained only by federal government handouts and favors. Retro politicians at both the state and national levels are ever mindful of the political need to vote for low taxes while jealously protecting their federally delivered goodies. Only through investments in science, technology, and education will Retro America be able to develop a modern 21st-century economy, but this will first require vast changes in its culture and politics.